Richard is a qualified engineer with exposure to a variety of private and public sector projects over the last 40 years. He has been, amongst other roles; Chief Executive of a Healthcare Buildings provider, Operations Director for John Laing plc., Production Director for Muller Dairy UK Ltd and Chair of Inspiral Oldham (Housing). Recent large capital projects that he has been involved with from scratch include the new Alder Hey and Stoke on Trent hospitals, and he has extensive experience in modular building construction.

Currently Richard runs his own management consultancy advising on risk management, compliance and board effectiveness.  He is also a plc director on two companies running schools in Peterborough and Leeds, and a solar investment company.

In his spare time, Richard is the Clerk to a local Parish Council, and enjoys travel, keeping fit and family time. Derek was a former professionally qualified journalist, who embarked on a career in housing in 1990, after 14 years as a local councillor campaigning for better housing conditions and community facilities. During his 27 years’ experience as a housing professional, he has worked for various providers at executive level, including interim positions as chief executive, as well as head of the National Housing Federation’s south west and south east regions and a former inspector with the Audit Commission.

Now a self-employed consultant offering a variety of housing providers and charities advice on change management, governance and improvement programmes, he previously set up three housing associations from scratch in England and South Africa and laid sustainable foundations for them to flourish. Through his work on the YHG board, Derek hopes to help improve peoples’ lives, believing that unless families have a decent roof over their heads they cannot enjoy good health and education.

He joined YHG in 2017 having completed 9 successful years as a prominent board member of the GreenSquare Housing Group, including periods as chair of their main subsidiary and development and investment committee. Derek became chair of the Service Committee in May 2018.

Alison joined Your Housing Group in 2018 bringing over 30 years of experience at a senior level in corporate sector organisations that include Jaguar, Bass PLC, Intercontinental Hotels, Barclays Bank and within the

housing association sector at Midland Heart, Walsall HG and most recently as a Director at Bromford Housing Group.

She leads the HA sector’s Treasury Management Group; a network of over 100 treasury professionals and stakeholders across the UK and has done so for nearly 10 years and is also a member of the Audit and Risk Committee at WM Housing.

Alison graduated with a BA (Hons) in Economics and holds an MBA from the University of Warwick Business School. Alison’s areas of specialism include treasury, risk, strategy and development and she is currently a Director of her own consultancy business.

Alison lives in the Midlands and has an active role in her local community both as a Parish Councillor and trustee for a local charity. Chris joined the Board of YHG in August 2019. Chris currently works as a consultant within the property sector where he specialises in Programme and Project Management with expertise in transformation and continuous improvement. Chris has experience across a number of industries and disciplines and started his career off as a plasterer. His experience encompasses 7 years in Mergers and Acquisitions/Corporate Finance as a Projects Director, 4 years as Head of Procurement for the MoJ and a spell as Head of Commissioning and Procurement for the Animal, Plant and Health Authority. Previous Non-Exec experience includes 2 years with a Welsh Housing Association.

Chris has an MSc in Construction Management, Diploma in Surveying and a certificate In Corporate Finance from London Business School as well as being a Member of the APM and a Chartered member of CIPS.

Chris enjoys playing guitar and keeping fit in his spare time as well as keeping up to date with the news.

Chris lives near Chester with his wife Sam and Jack Russell originally named Jack. He has two sons and a daughter who are grown up.

David joined Your Housing Group in January 2021. David is a highly experience housing professional. He is Chief Executive of RHP, which is a housing association working in west London. He established the organisation from scratch and over 21 years has made it into one of the most successful social enterprise in the UK winning a string of national and European awards. RHP is known for being one of the best places to work in the UK with an inspirational culture, and for its innovative approach to modernising the housing service, using new technology, and to building homes using new forms of design and construction.

In a non-executive capacity David is a Board member at RHP, Golding Homes and Your Housing Group. A chartered accountant and a media business executive with experience in a FTSE 100 company at Executive Board level.

A previous role includes Deputy Chairman and Managing Director of Granada Television and ITV Studios and has served in a number of NED roles in the private and public sectors. Brenda is currently a member of the Investment Advisory Panel for North West Business Finance, a Governor of Manchester Metropolitan University and a member of the Advisory Boards for Manchester Business School and the Centre for Islamic Finance at the University of Bolton.

She continues to work as an advisor in the digital and media sector. 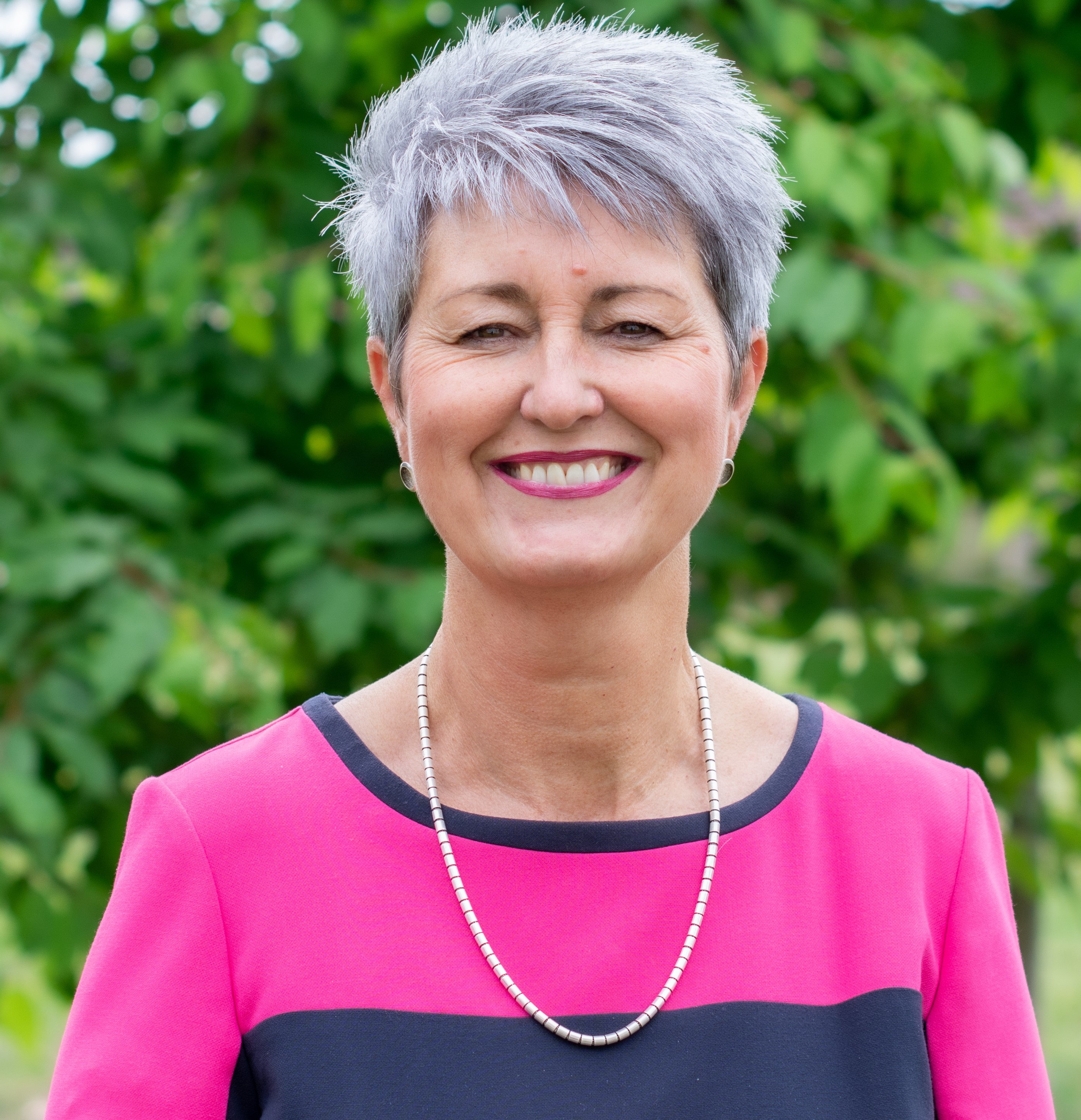 Bev is an experienced senior HR/OD professional and a Fellow of the Chartered Institute of Personnel and Development (CIPD).  She’s spent the last 10 years focussing on major organisational transformation in local and central government.

Bev held senior roles in several local authorities, and following a 30+ year career in local government, then spent three years with the Water Regulator, OFWAT, as their Senior Director for Business Improvement.  In 2016, she joined the Institution of Occupational Safety and Health (IOSH), the world’s largest and only chartered health and safety professional body, as its Chief Executive. Before retiring in 2021, she led the successful delivery of IOSH’s first global five-year strategy, WORK 2022, and undertook a major internal transformation programme which was recognised by the Charity Times in their 2019 awards.

Bev is an experienced Charity Trustee and Non-Executive Director in the NHS and currently Deputy Chair and Lay Member for Patient and Public Involvement at Northamptonshire Clinical Commissioning Group, as well the Vice Chair of the Council for Work and Health.

Darrell joined Your Housing Group in January 2021, bringing over 40 years’ experience in social housing and development.

He is currently the Chief Executive of A2Dominion Housing Group, a member of the G15 group of the largest housing associations in London and the South East.  Under his direction, the organisation has grown from 850 properties in management to having over 38,000 with a further 5,000 in the development pipeline.  He has considerable strategic leadership experience in both executive and non-executive roles and has extensive knowledge in property development, risk management, governance and regulation.

Darrell is also an independent Non-Executive Director of Zen Housing.

In his spare time, Darrell is an Everton season ticket holder and is a keen follower of cricket and rugby league.

Stuart is a Chartered Accountant and has over 25 years’ experience of working in finance and risk management. Since 2017, he’s been the Deputy Director of Finance at the Joseph Rowntree Housing Trust in York and its parent, the Joseph Rowntree Foundation. Stuart is also a member of the Finance Committee of the Lake District Calvert Trust, a charity which hosts guests with disabilities at its residential centre and he also sits on the Institute of Chartered Accountants’ Technical Advisory Committee.

Prior to this, Stuart spent most of his career in the financial services industry. He has an MBA from Manchester Business School and extensive experience of strategy development, transformation and change, governance, housing regulation, and risk management.

His hobbies include hiking, cycling, and kayaking. 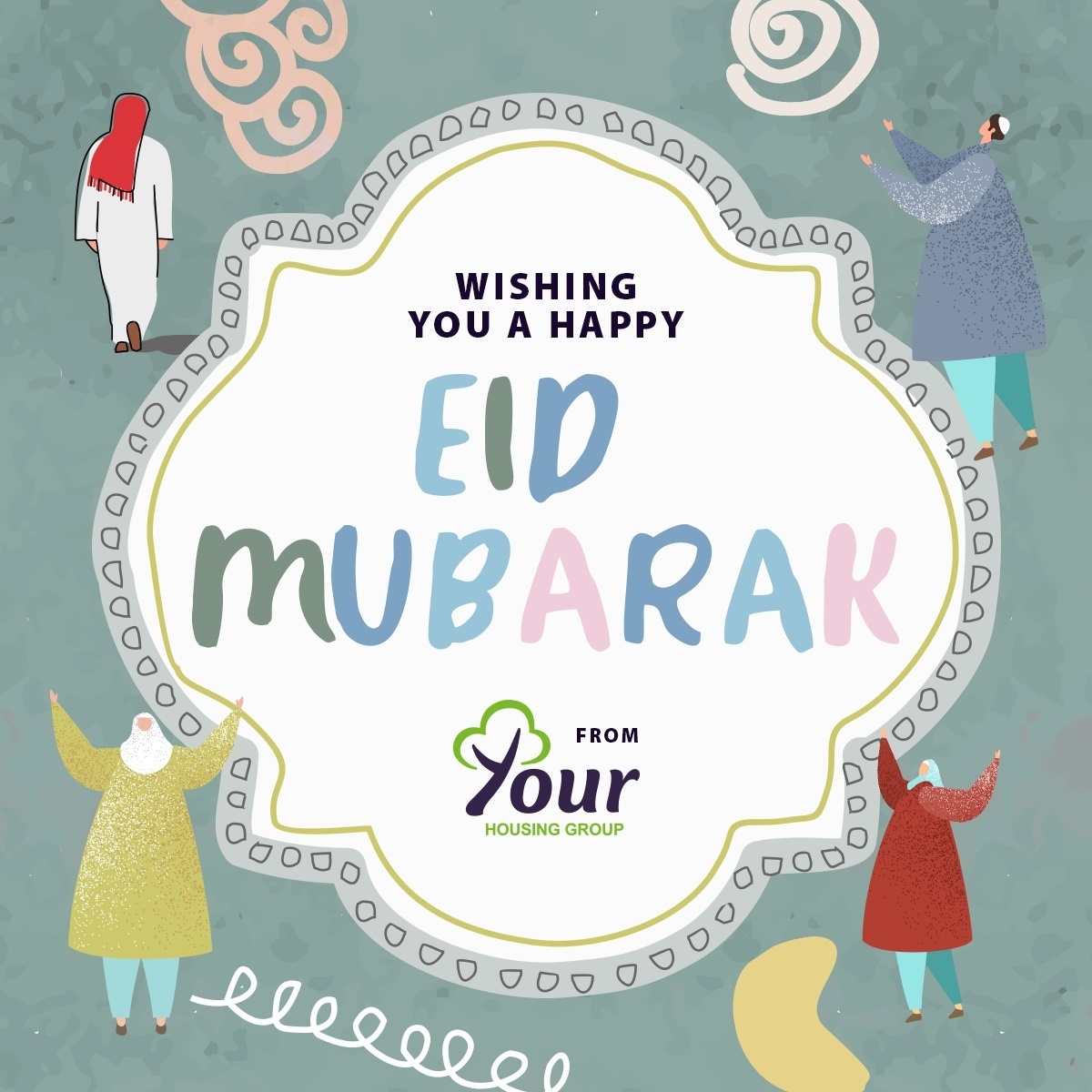 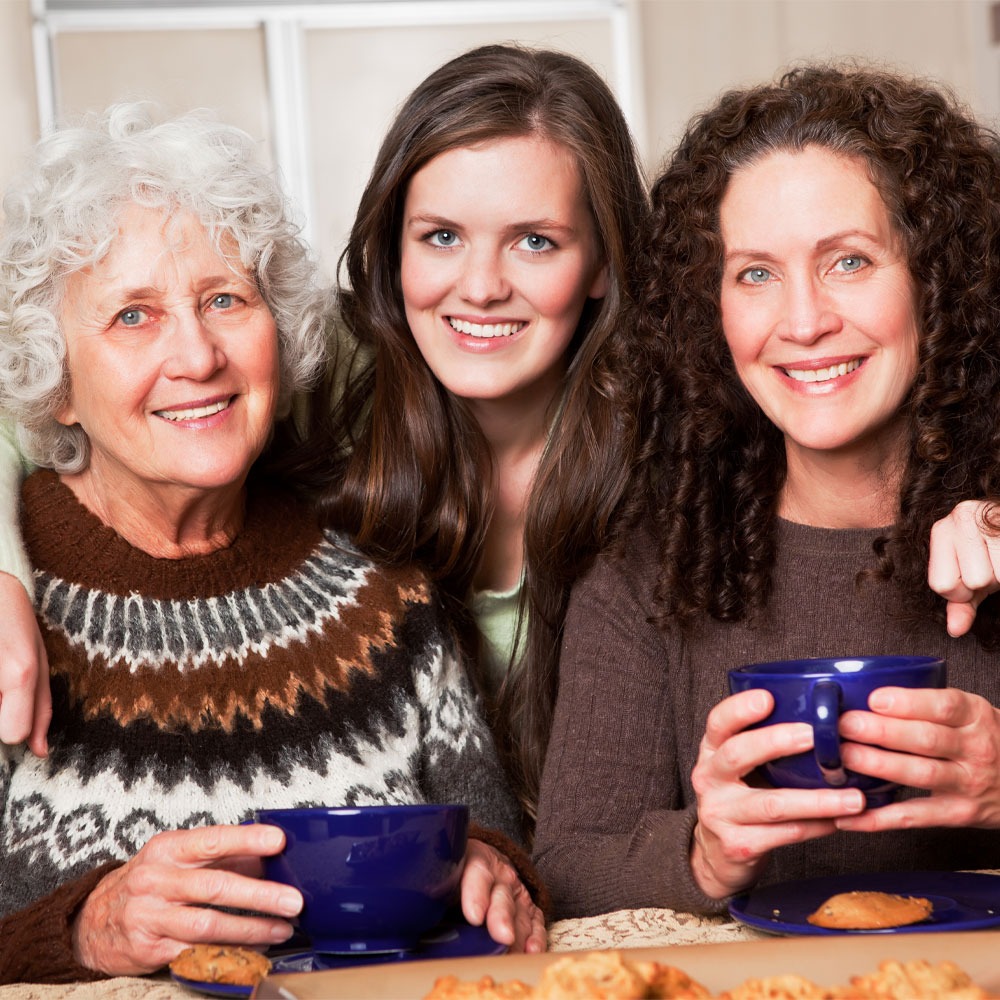 Happy #MothersDay! How are you celebrating today? https://t.co/5GHGl0n5Fc 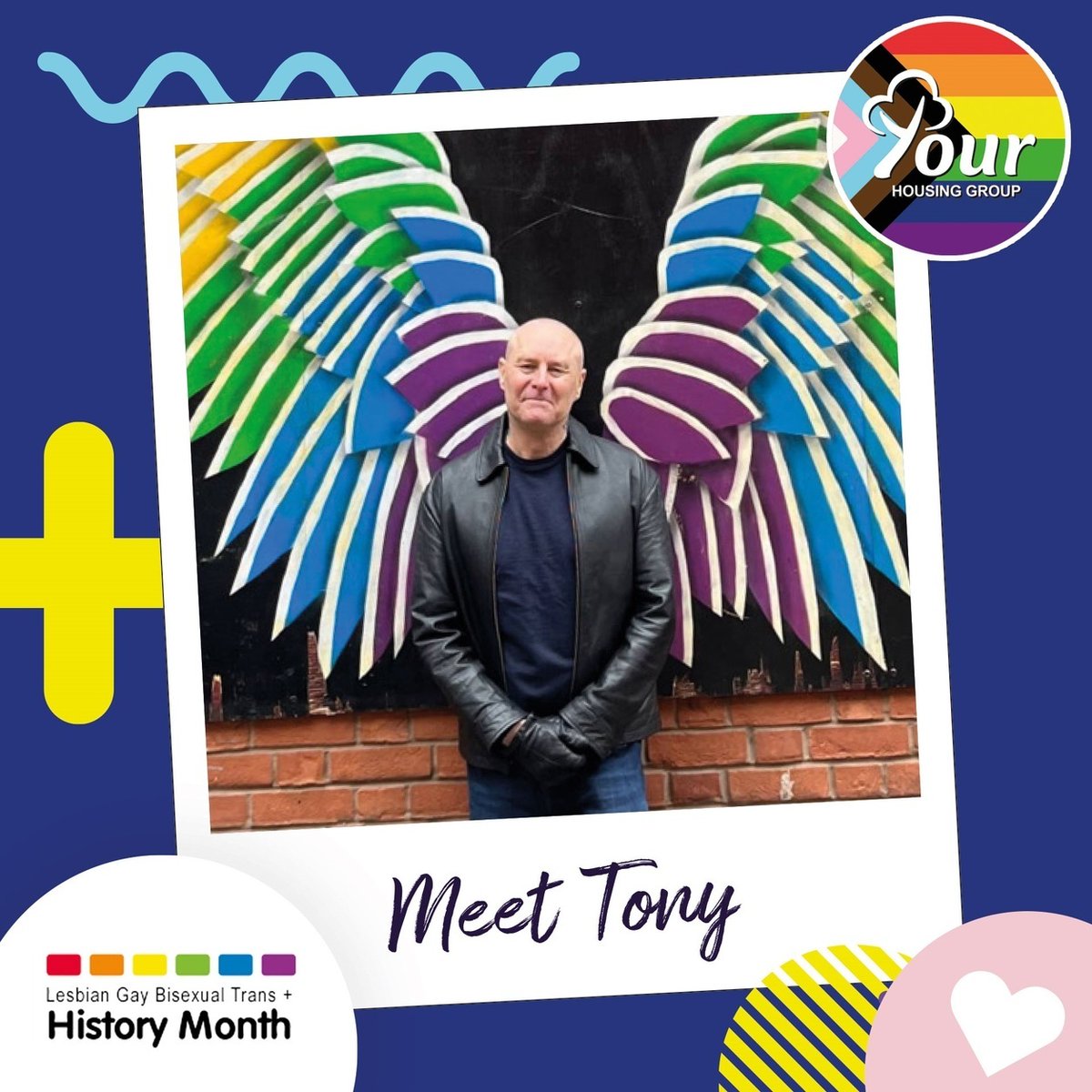 To mark #LGBTHM22 it was an honour and pleasure to chat to one of our residents! https://t.co/DY3urNMZkH https://t.co/2IZdDLkiRe 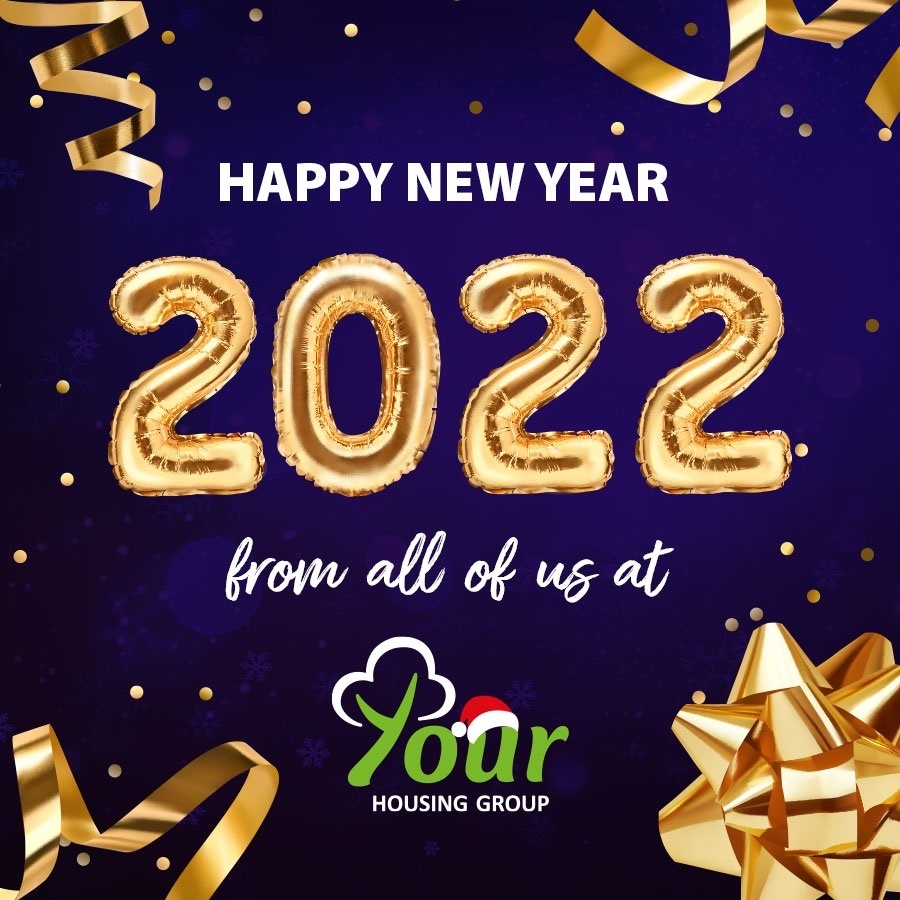 Happy New Year 2022 🎉 We'd like to wish everyone good health and a better year ahead 🎉 https://t.co/VAYbtRrwOL